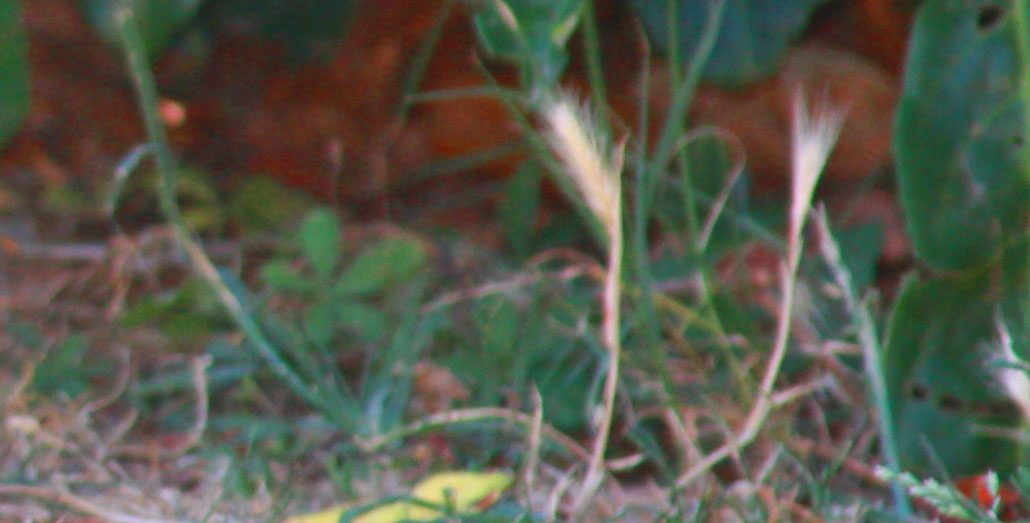 Dandelions are the torture of spring and summer, in the countryside as well as in the city

The forasacs are those little spikes we see growing between the longest blades of grass. They are a real nuisance in the period from spring to summer.

We find them everywhere, in the countryside in meadows and woods, by the roadside as well as in gardens or flowerbeds in the city. They grow in places where the grass is not well cut, between nets or near pavements.

As long as they are green, the dandelions are not a danger.

The problem starts in hot weather. When they dry out and become stiff.

The forasacs split like a thousand-headed monster. As you try to destroy one of these spikes, it multiplies into other smaller spikes. All with the same characteristic.

They are tapered like a spear and with hard, tough little teeth they stick to the dog’s fur. They range in size from 1 to 3 centimetres.

It is their shape and teeth that allow the hairpin to advance. Very dangerous and frequent are the bores that enter the auricle. They also nest easily between the toes of the paws and can enter very quickly.

With the dog’s movement they continue forward until they pierce the flesh.

When Camilla, our vet, told me this, I didn’t want to believe it. It’s not frequent, but it happens that the forasacs manage to penetrate as far as the liver, the lungs, they advance inexorably.

All dogs are at risk from dandruff, and the Lagotto Romagnolo dog with its curly, woolly coat seems to be a real magnet for dandruff.

The most frequently affected areas are the ears, between the toes, under the armpits and generally where there is a flush.

As far as the ears are concerned, it is easy to tell when the dog has picked up a dandruff. He starts to shake his head or walks with it turned to one side.

We have equipped ourselves with a gima otoscope and special veterinary forceps so that we can remove the bores from the ear as soon as we notice them. Without these instruments it is not possible to remove the spikes from our dog’s ear. If the dog is used to being handled and stays still when we try to intervene, we have a good chance of success, even without sedatives. On the other hand, we will need the help of our vet.

The presence of boils between the toes or in other parts of the body is indicated by the dog licking or scratching himself repeatedly.

Unfortunately, I did not immediately notice the presence of a dandelion between the toes of one of my Lagotto’s legs. It is amazing how quickly the ear penetrates deep inside.

The dog licks itself repeatedly and will even try with its teeth to remove the ear. These behaviours indicate that something is wrong. The ear should be removed and the hole disinfected.

If you keep your Lagotto’s coat very short, there will be far fewer dandruff sticking to the hair that is no longer curly because of shearing. It will be easier to detect foreign bodies and remove them.

As soon as you have finished your walk, it is a good idea to check your four-legged friend for forbs.

The only defence we have against dandruff is to stay away from it. Check the coat of your Lagot after returning from a potentially dangerous walk. 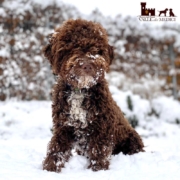 Feeding the Lagotto Romagnolo as a puppy and not only. 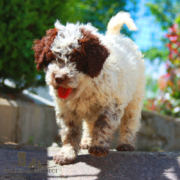 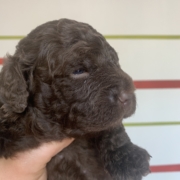 Intestinal worms and parasites in dogs 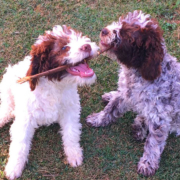 The teething of Lagotto Romagnolo's puppy 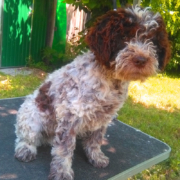 The curly coat of the Lagotto Romagnolo: Care of the mantle Grooming
0 replies

Stress in Dogs, how to recognize it and how to manage it